Assuring you of our very best service and attention at all times.

Telematics is a branch of information technology which deals with the long-distance transmission of computerised information.

It increases the capacity and speed using a different radio interface together with core network improvements. Particularly engineered for superior performance, we manufacture antennas for LTE applications, but out LTE antennas work with other frequencies like Cellular, GPS, GNSS, 2.4/5.0 GHz Wifi ISM, 5G, 4G, LTE, 3G and 2G.

We offer a range of antennas across a variety of frequencies, for the perfect solution with a range of mounting option to account for most eventualities.

WiFi omnidirectional antennas are used by many devices from smartphones to laptops and tablets to remote sensors and many more. Omnidirectional Antennas are ideal for smart home devices, IoT and any other application when efficient internet connectivity is a priority.

To communicate with any of these you need the right antenna. Before you can decide, you need to your geographical position to the services available and compare the difference between GPS and the Russian GLONASS system. For GPS, the US has committed to maintaining at least 24 operational GPS satellites, 95% of the time. In the past few years 31 satellites have been readily operational. The GLONASS constellation was also completed in 1995, but at the end of the 1990s became incomplete with the loss of satellites.

Under Vladimir Putin’s presidency the GLONASS project was made a priority and received a substantial increase in funding, and by October 2011 the full constellation of 24 satellites was restored, offering global coverage.

In terms of positional accuracy GPS is slightly better than GLONASS overall, but due to the different positioning of the GLONASS satellites, GLONASS has better accuracy at high latitudes (far north or south).

Marine Communication has undergone incredible changes  since the last century. In the main, semaphore and flags have been updated by Electronic telecommunications, although they are still used when necessary or when ceremony calls.

Radio telegraphy  brought about a dramatic change in communication and the Marine section benefited as much as any other sector requiring distance communication..

From the beginning of the last century, ships started fitting radio for communicating distress signals. Morse code was used in the early part of the twentieth century for marine communication.

In the seventies, with the advancements made, the IMO brought about a system where ship-to-ship or ship-to-shore communication was put into action with some degree of automation.

Marine communication between ships or shore was enabled with the help of on board systems through shore stations. While ship-to-ship communication was brought about by VHF radio, Digital Selective Calling (DSC) came up with digitally remote control commands to transmit or receive distress alert, urgent or safety calls, or routine priority messages. DSC controllers can now be integrated with the VHF radio as per SOLAS (Safety Of Life at Sea) convention.

Whatever the method the  correct antennae configuration is paramount and at Renair we have ready made solutions.

So, whether you are a small fish in a big pond hunting the big fish or on a peacekeeping mission as part of a large fleet of Naval ships, Communication and Navigation is the Key and Renair Antennae make the Connections.

We hope you have enjoyed this information and found it interesting and helpful. If you need any more information or want to speak to us about a specific project, maybe you might need modifications to an antenna, feel free to contact our friendly sales staff who remain happy to help. 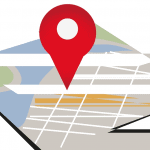